Ever wonder what it would be like to live in a city where everyone was healthy, wealthy and wise? A city where there were no Big Macs, where everyone rode their bicycles to work and people just seemed to be in better spirits? If you are looking for such a utopia, Manchester England may be your Xanadu.

The newswires were abuzz yesterday with reports that Britain’s National Health Service has cooperated with local authorities in Manchester to provide incentives to citizens to eat more fruit, spend more time at the gym, engage in more preventative health measures and just lead a more productive and healthy lifestyle. Manchester is hoping to fight the fat with a reward system that will operate, for all intents and purposes, like a retail loyalty card program. But rather than earning credit for opening their wallets only, citizens will earn points for spending their hard earned dollars on fresh fruits and veggies and their leisure time doing pilates.

According to a report in the Associated Press, Manchester residents will be able to “swipe their rewards cards and earn points every time they buy fruits and vegetables, use a community swimming pool, attend a medical screening or work out with a personal trainer. Points can be redeemed for athletic equipment, donations to school athletic departments and personal training sessions with local athletes.”

It’s a public health craze that appears to be gaining traction in the UK. Tower Hamlets, the third most deprived London borough, will be undergoing an extreme makeover of its own — according to a report by the BBC, almost £10 million of government and local money has been earmarked for a “Healthy Cities” initiative that will turn the community into a place where people will find it easier to exercise and choose healthy food: walking and cycling routes will be extended, food co-ops will be established and fast food outlets will be enlisted in a campaign to offer more healthy meals on their menus.

With below average life expectancy, low exercise rates and unhealthy eating habits, the people of Tower Hamlets are thought to be at the centre of what the local primary care trust calls an “obesity epidemic.” 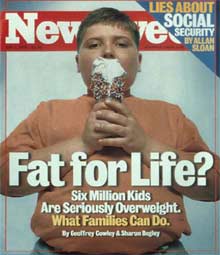 Beyond Manchester and Tower Hamlets, towns in other countries have tried similar programs. Varallo, a small town in northern Italy, offered cash rewards for residents who lost weight and kept it off for 12 months. Some U.S. companies wanting to keep health care costs down have also established reward programs for their staff through what HR types would call value-added employee assistance programs. For example, the Michigan-based Freedom One Financial Group sent 21 employees who met weight-loss goals on a four-day Caribbean cruise in 2005.

What does all of this tell us about the politics of public health today?

In The Politics of Health in the Eighteenth Century, Michel Foucault accounts for the emergence of a medical services market, the professionalization of medical practitioners, the development of benevolent associations and learned societies concerned with the observation of social conditions and innovation in medical techniques, among other things. While the state plays a variety of roles in relation to these developments, he argues, the ways in which health and sickness became matters of problematization ‘beyond the state’ contribute to an awareness of them as elements of population management.

Central to the politics of health in this period is the emergence of concern for the well-being of the population as an essential objective of political power – this is a view of power that concerns itself not with the capacity to dominate and repress but to produce things, to manage conduct and coordinate new ways of thinking and behaving. This shift towards policing the social body that Foucault argues was peculiar to the 18th century was related to the broader consequences of the industrial period’s demographic transition, in which an urgent need arose to rapidly integrate increasing numbers of people into the apparatus of production and to control them closely. It was these forces, he argues, that made the notion of “population” appear not just as a theoretical concept, but “as an object of surveillance, of analysis, of intervention, of initiatives aimed at modification.”

The cases of Manchester and Tower Hamlets, Varalla, and many others illustrate not only Foucault’s argument that the exercise of power is concerned increasingly with managing and channeling human conduct (rather than dominating or repressing it) but it also show that while non-governmental bodies play a key role in contemporary health politics, the state also plays a fundamental role in terms of ensuring that “the state of health of a population as a general objective.” Whether this is a good thing, a bad thing or something more dangerous remains to be determined.

This post is about promotionalism and the pharmaceutical industry. Some of the ideas come from a paper I wrote a couple of years ago (This Ad May be Bad for Your Health) published as a chapter in my book Communication in Question. I was compelled to revisit some of the ideas that informed the paper after listening this afternoon to the latest podcast from White Coat, Black Art – Dr. Brian Goldman’s always stimulating and informative program on CBC Radio 1. You can stream the podcast at the CBC site here.

The section of the program that most intrigued me was Goldman’s Q&A with the vice-president of creative development at the Brand Institute, which bills itself as “the world’s premier healthcare, consumer and business to business (B2B) brand identity consultancy.” Among other services, the firm develops catchy names for drugs and the conditions they are designed to alleviate thereby helping pharmaceutical companies build brand equity and value. According to the executive interviewed, a number of important considerations go into the process of naming a new drug: the name should highlight the product’s unique selling features, it should include embedded concepts that can evoke emotion, it should be memorable and easily pronounced in multiple languages, and it should have a “pleasing tonality”. A case in point is the drug Lunesta, the popular prescription sleep aid – it connotes lunar images and has a soothing tonality that also affirms the product’s “inherent therapeutic properties.”  Roland Barthes must be spinning in his grave.

While you’re waiting for the podcast to download, here’s some promo from the Brand Institute’s website, broadcast as a news story a year or so ago on Fox Business and hosted on the agency’s YouTube page:

Of course, this story is about more than semiotics. Drug advertising is big business. The global pharmaceutical industry is the world’s most profitable stock market sector, with annual revenues exceeding $600 billion. Pharmaceutical sales in North America topped a staggering $265 billion in 2005, and in the United States, where 90% of the continental market is located, big pharma spent close to $5 billion that year on advertising alone. Millions of dollars can be made providing valuable treatment for genuinely sick people, but billions more can be made by convincing healthy people that there may be something wrong with them. Manufacture a risk, cultivate anxiety and deliver an easy treatment. It’s ontological security and a cool buzz in a bottle.

For communication scholars, there are plenty of reasons to be concerned, which I outline in the aforementioned book chapter. Most importantly, advertising is about more than just the promotion of goods or services that are designed to inform and educate consumers and pad the corporation’s revenues. It is a cultural technology that incorporates images, persons, and commodities into what is often a seamless discourse that blurs the distinction between products and people. The rhetoric of drug advertising encourages individuals to focus increasingly on their minds and bodies as sites of real or potential disease that demand constant attention and administration. Some argue that this serves as an effective tool of governance and as a potential technology for social control. It surely this demands more vigilance on the part of consumers to resist the promotional efforts of drug companies and advertisers, but it also requires more robust state regulation to protect citizens.